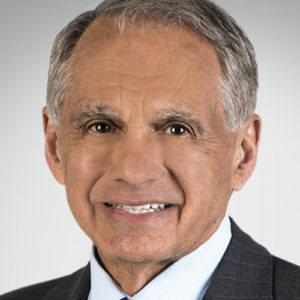 Joseph C. Maroon, MD, is a board-certified clinical professor of neurological surgery at the University of Pittsburgh Medical Center, and the Heindl Scholar in Neuroscience. His clinical and research interests have been in the areas of the development of minimally invasive surgical procedures to the brain and spine, the prevention and treatment of traumatic injuries to the central nervous system, innovative approaches to pituitary and other brain tumors and more recently complimentary approaches to inflammatory diseases associated with aging.

Working with neuropsychologist, Mark Lovell, PhD, he co-developed ImPACT© (Immediate Post-Concussion Assessment and Cognitive Testing). This is the first computerized system to determine concussion severity and the timing for return to contact sports. It is now the standard of care for concussion management in the National Football League, National Hockey League, Major League Baseball, NASCAR and is used in over 12,000 colleges and high schools in the United States.

For over 20 years he has served as the neurosurgical consultant to professional and college athletes in football, baseball, golf, hockey and soccer and was team neurosurgeon to the Pittsburgh Steelers for over 40 years. He has been honored by the neurosurgical societies of Japan, Korea, Thailand, Egypt, Brazil, Lebanon and China for his neurosurgical contributions, and was honored by his peers when he was elected president of the Congress of Neurological Surgeons, the largest society of neurosurgeons in North America.

Other outside activities include a former member of the board of directors and chairman of the scientific and technology committee of Mylan Laboratories, the largest generic drug manufacturer in the world; former chairman of the scientific advisory board to General Nutrition Corporation (GNC); and, chairman of the medical and scientific advisory board to Stemedica. He also serves on the NFL Head, Neck and Spine Committee and, in 2008, he became medical director of the World Wrestling Entertainment Corporation (WWE). Also in 2008, he was named senior vice president of the American Academy of Anti-Aging Medicine (A4M).

Honored as one of America’s best neurosurgeons for 12 consecutive years he has written over 290 papers, 40 book chapters and five books. His most recent book, published in February of 2017 and re-released in December of 2018, is entitled Square One: A Simple Guide to a Balanced Life that takes a look at the importance of understanding where you are in life and the need to keep all elements of your life in proper “balance.” He has also authored Fish Oil: The Natural Anti-Inflammatory, published in 2006, and The Longevity Factor: How Resveratrol and Red Wine Activate Genes for Longer and Healthier Life, published in 2008.

In his early years, his athletic abilities earned him a football scholarship to the University of Indiana in Bloomington where he was selected as Scholastic All-American in football.

As medical director of the Live Free African Freedom Tour, on February 26, 2014, Dr. Maroon and his daughter, Isabella—along with a group of amputees—climbed Mt. Kilimanjaro in Africa, the highest free standing mountain in the world. In May of 2015, Dr. Maroon completed The Crucible Extreme Hike, a 3-day, 70-mile hike in the Laurel Mountains of Pennsylvania to raise awareness for wounded veterans.

We Truly Care About Your Health

While we don’t claim that BrRad Prevents, Treats or Cures any medical condition, Clinical Studies and Anecdotal Feedback from Users indicate outcomes that have been observed. We prefer a holistic approach to understanding your illness, or shall we say your “toxicity”..We believe that you are not living your best life possible, unless you are completely healthy.

All Natural and Organic Solutions

Our solutions are totally vegan, organic, and from the earth where many long term health solutions begin. Our initial product, BrRad, provides a Complimentary or Alternative approach to Health and Wellness in General. After all, it’s only Broccoli and Radish active, live and in high micro-nutrient concentrations.

Our Promise to You

We understand that not all products work for everyone. We have started with a single product that we believe is just one of many to come. We want to make an impact on you with this single product and introduce others in a very short period of time….Stay with us!

nusynlife.com
Discount 20% off use code NFLA22

Pure Sports Recovery also specializes in state-of-the-art Brain Training programs for Peak Performance for current players and athletes that are injured, between seasons or transitioning out of sports.

puresportsrecovery.com
Discount 20% off use code NFLA22

Our hormone therapy services are custom designed just for you. We want you to look and feel your very best at home, in the gym and at work! At Streamline Medical we focus on fat loss, hormone optimization and anti-aging. Treat yourself to the fountain of youth with the gifts of energy, weight loss, sleep, increased libido, and more.

Based on your goals, we can guide you through choosing your customized treatment. ​If you struggle with age-related issues like excess weight, hormone imbalance or low testosterone, we can help you achieve health and wellness in every area of your life.

streamlinemedicalgroup.com
Discount 20% off use code NFLA22

Signos is the only company that combines a CGM with an AI-driven app to deliver real-time glucose monitoring for optimal health and weight management.

How Does Signos Work?

As members begin their Signos journeys, they log what they eat, allowing the Signos platform to learn each person’s glucose reaction to specific foods. Once calibrated, Signos uses that data to provide personalized nutrition suggestions, including which foods are best for each member, when to eat them, and when to exercise to bring glucose levels back within their optimal weight loss range.

signos.com
Discount 20% off use code NFLA22

All of our clinics are passionate about providing for your therapy needs.

Our Ivy Rehab Network offices are proud to offer state-of-the-art, compassionate care. By sharing knowledge and investing in research, Ivy Rehab empowers our therapists in advancing the field and improving patient quality of life.

ivyrehab.com
Discount 20% off use code NFLA22

neuvanalife.com
Discount 20% off use code NFLA22