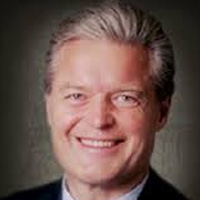 Bart Oates serves as President of the NFL Alumni Association, an independent, non-profit organization founded in 1967 which is the oldest and most recognizable national organization of retired professional athletes. NFL Alumni has a dual mission that includes “Caring for Kids” and “Caring for our Own.” Oates is an experienced attorney whose primary focus of practice has been in real estate and health care. He is a member of the New Jersey State Bar Association.

Mr. Oates played for the New York Giants from 1985 to 1993 and the San Francisco 49ers from 1994 to 1995. Oates won three Super Bowls, two with the Giants in 1986 and 1990, and one with the 49ers in 1994. Oates was selected to five Pro Bowls during his career and to the UPI All-NFC team three times. He also played three seasons with the Philadelphia/Baltimore Stars in the USFL where he won two USFL championships.